On the Las Vegas Strip we looked for an anatomical sign, or even an astrological one, so that we would know whether to stay in Vegas and hope the Volvo could be repaired right away, or cut our losses like so many others who come to this town with high hopes and leave defeated. Seeing nothing helpful in the street or the stars, we called our wives. Barring some kind of vision or intervention, we decided we’d leave the Volvo in Vegas and head out the next morning in the rental car.

Within about an hour of the next morning’s drive, I felt confirmation of that decision. The hills, mountains, landscape, sky, were spectacular to look at. And the constant climb created certainty in me that our old car would not have made it out of Nevada, either. It was too steep, too hot, and that car was too old, 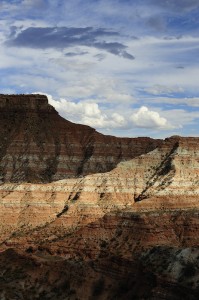 too weak. We proceeded guilt free.

And yet, I still wondered what I was going to do about the car. Fix it? Even if I do, how do I know I’m not getting ripped off? I left it at an empty mechanic’s shop recommended by a tow truck driver who had just taken hundreds of dollars from me on an overheated Saturday afternoon, and everything would have to be handled over the phone. Let’s see – the mechanic has the car, my key, and the knowledge. I have, hmm, a credit card and misgivings. Advantage mechanic.

On the road, Blake and I talked about the graphic novel he was writing and putting online. We also talked about writing, politics, movies, religion, NAFTA, future, past, music, education, and we listened to podcasts of his favorite comedians, Azis Anzari, Patton Oswalt, Louis C.K., and Maria Bamford. I was familiar with the first three, but the fourth one nearly made me drive off the road. I counted maybe seven voices that she does in just one joke. She’s not for everyone – there’s a darkness to her humor, and she’s quite profane – but my goodness that woman is funny. This is one of the reasons I’m sorry my kids have grown up and are no longer at home. Who is going to keep me up to date on pop culture? Who is going to explain those Dark Knight subtleties? Who is going to demand that I read The Hunger Games? Who is going to play Call Me Maybe over and over? Who is going to keep me cutting edge on music so I don’t lapse into my old LPs of Crosby Stills 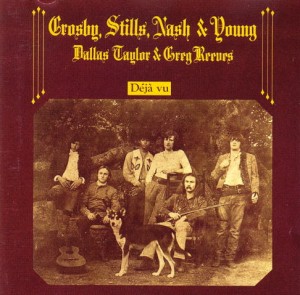 Nash and Young? Wait – Déjà Vu was a pretty awesome album. I wonder what my kids would think of Almost Cut My Hair?

Utah and Colorado were beautiful, especially in the comfort of a car I didn’t have to worry about. After a night in Denver, we headed for Kansas City, and the whole country turned flat and hot. We saw the corn in the fields, looking like old wicker. The heat had the same effect on the fields as it did on my car.

I called the mechanic a couple of times, and by the afternoon I finally reached him. He hadn’t had a chance to look at the car, he said. Call back tomorrow, he said. I asked if he wanted to talk to the mechanic who worked on it in San Diego, to see what had already been done.

“No need to,” he said. “Whoever he is doesn’t know what he’s talking about.”

What a relief to be talking to the only mechanic who knows something about cars!

“Your mechanic works in nice and breezy San Diego,” the gruff voice said, with a 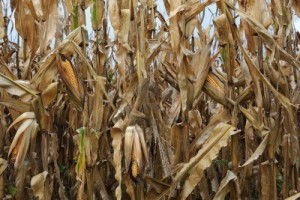 mocking tone. “This is the desert. Everything is different here.”

He sounded like he was the mechanic to the Sopranos. He could smell my desperation, like the dealers in the casinos, where The House always wins.

Blake and I arrived at his new home in Kansas City and unpacked the rental car. The next morning I headed for the airport, mission accomplished. But if the mission was accomplished, why was I so sad?

On the plane I ran through scenarios: abandon the Volvo in Vegas? Even if we got it running again, do I dare drive it back through the desert to San Diego?

In Blackjack, you can either ask for more cards, or you can stay with the ones you’ve been dealt. I decided to stay awhile.

A couple of days later the mechanic called.

“How far is Pomona from you?” he asked.

“My son is in firefighter school and he’s in an event there this Saturday. How about I drive your Volvo down and you pick it up there? This is a good car. It should last you a long time.”

So he’s willing to put his work to the test and drive the Volvo through the desert? That’s confidence. He thinks the car is worth keeping. This is The House saying that sometimes it shares its winnings. This is a sign.

“What will this cost me?” Suddenly I was suspicious.

We saw him the next day in Pomona. Delightful guy. My new best friend. The Car Whisperer.

Before, I saw the pooping girl as a sign of the universe’s contempt. But the kindness of a stranger is a sign, too. Like a trump card. The universe wasn’t done speaking. It reminds me of a saying: “The worst word is never the last word.

My daughter is quite happy with her new old car. Everything is working just fine.