Why is the Kettle Boiling?

HomeBlogBlogWhy is the Kettle Boiling? 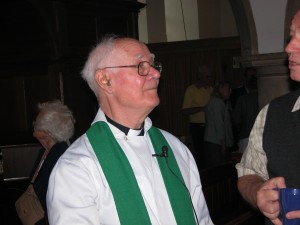 It had been more than 20 years, but it seemed as if he had never left. John Polkinghorne has not been the parish priest in the village of Blean, England (just up the hill from the Canterbury Cathedral) since 1986. But when he returned this past weekend to preach and celebrate the Eucharist, it was as if the church sighed with relief. He may be a world-famous scientist, a Templeton Prize winner, a president of Queens’ College in Cambridge, an author of 37 books, a knight, a member of the Royal Society, and a regular voice on BBC radio and television regarding bioethics, politics, religion, C.S. Lewis and countless other topics, but he was also their priest. He christened their children, visited their sick, buried their departed, preached the Gospel and celebrated the Eucharist. And he was back. 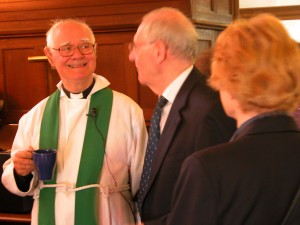 He preached on Jesus being the bread of life, and that we are to both take this bread into ourselves as an act of faith, and we are to extend that bread of life to those around us — those in physical as well as spiritual hunger. The sermon was 10 minutes on the dot. 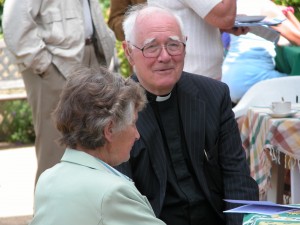 “He’s the best vicar we’ve had,” said one parishioner who has attended the Blean church for 40 years. “The entire village was his parish — he knocked on every door. People of any faith or no faith — he got to know them.”

John would write in the mornings when he was here — it’s where he wrote the book One World, which is the first book of his that I read many years ago. Then he would go calling in the afternoon.

“He would talk to people and engage them in discussions about God,” one church member told me. “Then he would tell them, ‘You know, you could do some of this thinking yourself.’ He encouraged people to use their minds. Not all churches encourage that. It’s funny how, after John would talk with them, they’d show up at church on Sunday.”

The recurring theme of the parishioners was that, as a priest, John was authentic, genuine, loving, and brief. One local college professor told me, “People may have been concerned at first about his reputation and high profile, but he quickly ended that apprehension. He was so clear and direct in his thinking and preaching that he attracted the university crowd as well as everyone else. He can talk to anyone.”

One person even remembered an illustration from one of his first sermons. It’s an illustration he has used in other settings, but it really stood out to this person for these many years. “He told about the kettle of tea,” she said. “It made so much sense — I never forgot it.” It’s an illustration of how there is more than one way to look at things. “A person can ask,” John says, “Why is the water in the kettle boiling? I can explain that energy is used to generate the heat which raises the temperature of the water which brings it to a boil. But that only answers the question ‘How.’  There is another answer. The water is boiling because I put it on to have some tea. Would you have a cup with me? That answers the question ‘Why.’ Science can tell us what happens, but that’s only part of the story. It can’t tell us purpose.  For that we need to look beyond science.” 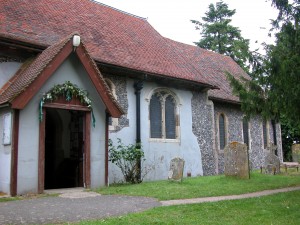 When people heard John was coming, some made arrangements for his counsel on personal matters. He had helped them before, and they were seeking his wisdom again. 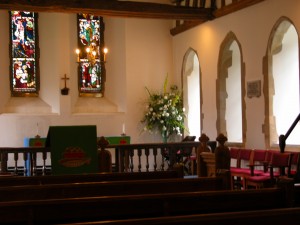 The Blean Church goes back to the 1200s, and was built on this site in the 1300s, near some Roman ruins. Some recent remodeling (really? you can remodel a church from the 14th Century?) revealed tombs of congregants from the 1600s. The only people buried under my church in San Diego are probably surfers who are there by accident. 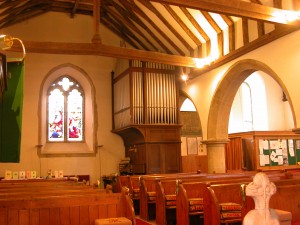 But the people of Blean don’t live in the past. Not the distant past, anyway. This weekend, they celebrated a significant priest from their past — and enjoyed the brief present while it lasted. Having a cup of tea.