Do You Want to Die Today?

HomeBlogBlogDo You Want to Die Today?

Uh, no. I don’t. But that was the question the man with the knife asked my son at 7 a.m. recently on a street in 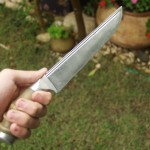 Honduras, just blocks from the school where my son teaches. The man with the knife then made a throat-slashing gesture.

My son, Blake, has a bit of a commute to his school. He walks a mile or so to the bus stop, then takes the city bus to another stop, just blocks from the school where he walks the rest of the way. It can take him 45 minutes to get there. He has had marvelous experiences so far with the Honduran people. Early in his time there he got on a bus he thought was taking him back toward his apartment, but after a while he didn’t recognize any of the landmarks. He asked one of the riders if the bus was headed toward his specific neighborhood, and the woman gave him a look of 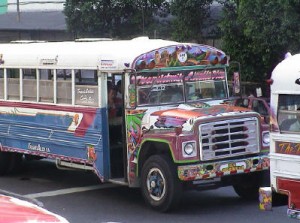 concern. Soon she consulted with other riders on the bus, and all of them began gesturing behind them. Bad sign. But when the bus driver pulled over, four people got off the bus with Blake and walked across the street, and waited with him until a bus going the opposite direction came by. They told the driver where Blake needed to go, and he agreed to make sure he got there. As Blake gratefully boarded the bus, his new friends gave him a bottle of iced tea and an orange. Now THAT’s hospitality!

And when the United States’ soccer team tied a  Honduran arch-rival in a World Cup-qualifying game recently, making Honduras eligible for the World Cup for the first time in more than 20 years, the local Hondurans celebrated like it was New Year’s. They found any American they could to thank. Luckily for Blake, he is one of the ONLY Americans living in his town, so he became the object of their gratitude. He humbly accepted their adoration.

Politically, Honduras has been unstable because of a dispute over who was actually the nation’s president. They just had their election, so maybe in a month or so other nations will begin recognizing the legitimacy of the new Honduran government.

But hospitality, soccer and politics take a back seat to someone making a slashing motion with a knife.

At first the thief demanded my son’s cell phone. Blake pretended to not understand him. When he finally handed it over, the man put it in his pocket and they walked side by side in silence for a few steps. Then the man pulled out Blake’s phone, and then pulled out his own phone. The thief’s phone was much nicer than Blake’s, so he handed it back. Then the thief demanded all of Blake’s money. Blake said he didn’t understand Spanish.

Note to self, he told me in an email later: Don’t tell someone you don’t understand Spanish in Spanish! That’s when the knife moved across the air in front of the man’s neck and he asked Blake if he wanted to die.

“Oh, dinero!” Blake said, suddenly understanding. To paraphrase Samuel Johnson, nothing clears the mind like the knowledge of your own hanging in the morning.

So Blake gave the man a wad of cash. The man then reached into Blake’s pocket for his credit cards, but Blake pushed him away. They walked together for a few more steps.

“Now we are friends,” the man said to Blake.

“How can you call us friends? You just threatened me with a knife and took all of my money?” Blake said.

“I was hungry and needed some breakfast.”

“Then you should have told me that and I would have bought you breakfast. Now I don’t have any money for my own breakfast.”

At this point they were near Blake’s school, so he bolted through the front door. He told his principal, who was horrified, and who begged Blake not to quit. He reimbursed Blake for the money he lost, plus $5, and arranged to have someone drive him to and from school every day. So he sort of came out of the deal ahead. One of the teachers in the school, a Canadian, heard about this and quit on the spot.

One of Blake’s students in class that day said he saw Blake talking to a man on the sidewalk.

“Why didn’t you say anything? I was being robbed,” Blake said.

So now Blake and his students have a secret word among them. If they see Blake with someone they don’t recognize, they’re to say hi to him. If he uses the secret word, they know he’s in trouble and they should summon help.

Moments like these make anyone shudder with the possibilities of how else this could have ended. We’ve all seen the results of primitive acts. I’ve seen them in Kosovo and Kansas. This could have happened just as easily in Ocean Beach as in Honduras. But when we see how thin the veneer of civilization really is, it give us all pause, I think.

2 thoughts on “Do You Want to Die Today?”