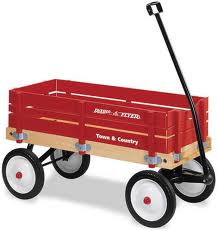 This was also posted on Donald Miller’s Storyline blog today.

My wife and I had been putting off this task for some time. It was gross. That’s what we kept telling ourselves as we would reach a new Saturday, contemplate the job before us, and then have something conveniently come up to keep us from the work. We didn’t feel like battling the cobwebs, and we REALLY didn’t feel like shoveling out the loads of mice (could they be rat?) droppings.

A few times we actually opened the door to the shed in our back yard, took one look, and maybe a whiff, of what had taken up residence there, and quickly closed the door, trying to wish it all away. Maybe a selective tornado could barrel through and take JUST the shed?

But I suspect that the grossness of it wasn’t the real reason we avoided cleaning out the shed. More likely it was because it had some of our kids’ bigger toys in it. Our kids are adults now, and have moved into their own independent lives. We checked with them and yes, we could get rid of those things, they said. But we kept putting it off.

So last Saturday we held our noses and our hearts and ventured into that storage space of memories and vermin. The droppings were probably a gift in that they distracted us from being too sentimental about what we were hosing off so we could give them away. And it wasn’t as hard as we thought it would be.

Except for one thing.

When I was in grad school in Ohio, and our son was two, he broke his femur in a freak accident. The doctor put him in a cast that went from mid-stomach down the broken leg all the way to the ankle, and halfway down the other leg. An opening in the crotch area allowed him to go to the bathroom. That meant about half of his body was covered in plaster. It gets hot in the summer in southern Ohio. It gets even hotter when your skin has no chance to breathe and cool itself. And plaster is kind of heavy.

My wife was pregnant with our daughter, so it was very uncomfortable for her to lift our son if he needed to move. Getting him out of the house, going for walks, changing the scenery, all proved impossible. Cabin fever – plaster fever? – was driving everyone crazy.

Then my parents sent a wagon. It was one of those cool red wooden wagons that looked like it was made years ago, but was modern and easy to pull. We lined the inside of the wagon with pillows, gently placed our son in it, and took him all over the neighborhood. Even at the 45-degree angle he had to endure, he was overjoyed. Neighbors came out and talked to him. Dogs came over and licked him. When our daughter was born, we could pull the two of them and he acted like the responsible protector of his baby sister. It was a life and sanity saver.

As they grew older, the wagon’s role evolved. It carried toys from one room to another. Books and other supplies. It was even a weapons repository when the neighbor kids made movies. The weapons were fake, I should make clear.

For the last several years, though, it has been sitting in the shed collecting dust and rodent waste. When we pulled it out on Saturday and scrubbed it down, all of those memories washed over us.

Most of the rest of the toys will be picked up by a local charity and sold in their thrift shop. But we felt like the wagon deserved a different outcome. There are lots of families with kids in our neighborhood, and they go on walks and pass by our house. This has always been a neighborhood wagon, and we wanted it to stay that way if possible.

So we cleaned it, dried it, and put it in our driveway with a sign that said “Free! Enjoy!” and went in the house.

An hour or two later we heard noise outside. Yelling, maybe? Loud voices at least. We went out and saw two teenagers pulling the wagon down the street, with their little sister inside. She was squealing and the older girls were chattering about their good fortune.

Neither my wife nor I remembered how gross it was to clean that wagon. We watched as the kids disappeared down the street, full of life.

Memories of a child in pain, sadness about our kids growing up and moving away, disgust at the rodents we had harbored, all disappeared in an instant. The world was painful, sad and gross. Then the veil parted and we caught a glimpse of joy.