Murder in the Cathedral 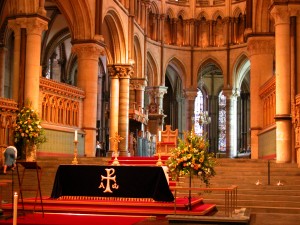 Today I tried to walk in that same purposeful way I remember Richard Burton walked toward the altar at Canterbury Cathedral in the movie “Becket.” It’s one of the most amazing movies I’ve ever seen, and even though the movie was made in 1964, it’s still current in its message. It’s a story of conflict between political power and religious authority, as well as a story about friendship and conflicts of mind and heart and loyalty.

It’s a long walk from the back of the cathedral toward the altar. Lots of time to ponder whether to do the right thing or the politically expedient thing.  There is a side chapel for martyrs. There are tombs of archbishops, vestments of priests, stained-glass windows that will take your breath away. Construction on the cathedral started in the year 1070. There is a seriousness about this cathedral unlike others I have visited throughout the world. Maybe it’s because of the blood that was spilled on the steps leading to the altar. 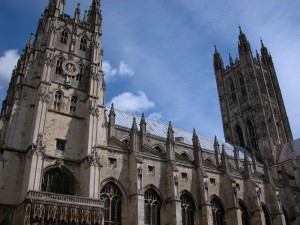 Thomas Becket was made Archbishop of Canterbury by his friend, King Henry II. Henry thought that having a friend running the church would mean he would have a blank check to live without any accountability. As Becket took his role as Archbishop more seriously, it put his friendship and life in danger.

T.S. Eliot, one of the world’s greatest poets,  wrote in Murder in the Cathedral on this very issue, and includes this line: “Tis the greatest treason to do the right thing for the wrong reason.” 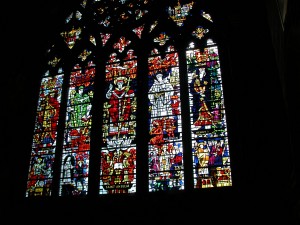 So walking down that same path toward the altar today, I did wonder about Becket, and the fact that he was murdered in that very place because he would not preserve his life (right thing) by living a lie (wrong reason). As Henry II proved, some people will go to any length to keep up a charade of legitimacy. Even to the length of commiting murder in a cathedral.  And as Becket proved, some things are worth dying for.

2 thoughts on “Murder in the Cathedral”