Remembering Paul Miller: Sometimes All It Takes Is a Comment

HomeBlogBlogRemembering Paul Miller: Sometimes All It Takes Is a Comment

I was 19, home from college one summer, and volunteering at a youth camp for a week. The camp director put me in charge of entertainment during the evening gatherings. As the week progressed, each night got wackier – I wrote skits, songs, sonnets, did parodies, got the kids laughing. It wasn’t highbrow humor – nothing like a Maria Bamford sketch – although I did go to high school with the former Saturday Night Live comedian Al Franken, who is now a U.S. Senator. I performed in some of his comedy acts at school.

No, this was stuff that I wrote pretty much at the last minute to amuse myself, kill some time, and maybe occasionally make a broader point.

After the first evening’s gatherings, I noticed that the camp speaker, Paul Miller, started attending the entertainment portions. He didn’t have to – it wasn’t part of his contract. But he sat in the back with a slightly amused look on his face.

At the end of the week, he and I had a conversation that lasted about a minute. Here’s what he said. “Have you written any of this down anywhere?”

Paul was the editor of Conquest Magazine – an unfortunate name if there ever was one. It was a youth magazine published by the Church of the Nazarene. Later the name was changed to Bread Magazine, and later the magazine died. I’ve been involved in many magazines that no longer exist. It’s a gift of mine. 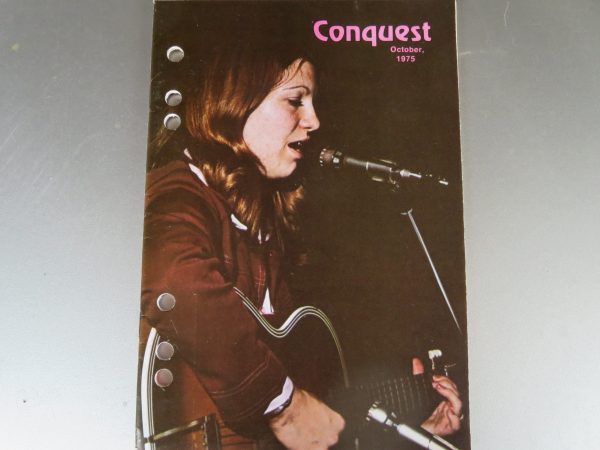 By that fall I was interning at the magazine with my own monthly humor column called “Half Nelson.” Paul let me turn in my columns in any manner I chose. Occasionally I hand wrote them on paper place mats from Denny’s, writing around the pancake syrup stains, and then mailed them to him from whatever town I happened to be in. He even let me write letters to the editor (under a different name), complaining about how sophomoric the Half Nelson column was. 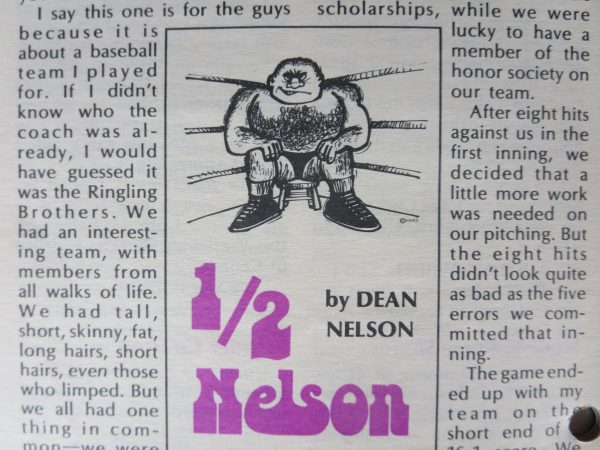 Paul died of cancer recently. He was in his 80s. I was in Rome writing about Mother Teresa’s canonization when he died, and his funeral took place before I returned. I know that I had told him what he meant to me and how grateful I was for his changing the trajectory of my life.

He saw something in me, made a comment, and a door opened.

As I think about Paul in these weeks since he died, I wonder about the comments I make to others. Are they dismissive? Thoughtless? Affirming? Life-giving? Do I consider the impact of what I say to my students, my kids, my spouse, the people who fix my car, the person who brings my food at the restaurant (I’ve upgraded from Denny’s), the barista at the coffee shop?

Remember the line from the movie Whiplash, where the band director says “There are no two words in the English language more harmful than ‘Good job’”? I’m not talking about praising everyone for everything.

I’m advocating paying attention to what the other person is saying and doing, and in some small way, saying “I notice you – here’s what I see.”

Paul Miller became my editor, my mentor, my confidante, and friend. And Paul, if you can read this, take note: I’m still writing stuff down.

Church of the Nazarene Conquest Magazine Dean Nelson Half Nelson Paul Miller
By deannelson on October 24, 2016

6 thoughts on “Remembering Paul Miller: Sometimes All It Takes Is a Comment”